Cyber Insurance: Is Your Information Worth The Premiums?

The scale, frequency and magnitude of cyber-crime is truly alarming and getting worse. Recent highly publicised attacks have served to push the issue much further up the management agenda to the extent that only the foolhardy would now argue that cyber-security is not a board level issue.

All of this preventative activity and newfound awareness regarding IT security should leave the in-house IT department feeling pretty relieved. But be warned, they’d be wise not to and, more disturbingly, they themselves may now be putting their own company at risk. So how could this state of affairs arise and what steps should be taken to prevent it happening?

Mitigating business risk by transferring some of it to a third party in exchange for a premium makes good commercial sense and has been ever since the Lloyds coffee house owners of the 17th Century changed their business focus. Not surprisingly, given the scale of the problem - the recent Information Security Breaches Survey suggests that 74% of small businesses and 90% of large ones suffered a cyber breach in the past year -  the cyber insurance industry is growing fast (global gross written premiums grew from $850 million in 2012 to $2.5 billion in 2014).

These insurance providers employ experts who can assess and price all manner of business risks, but it is fair to say that, as cybercrime is relatively new, their experience of it is necessarily limited. The result is some pretty steep premiums and, more importantly, some very stringent conditions surrounding these policies which may spell trouble for the in-house IT team.

Three Areas that could Cause your IT Department Trouble

We recently conducted some research into this area and came across three areas that, in the event of a breach, could leave the IT department with a serious amount of explaining to do.

What can IT Departments do about this ?

So what can IT Departments do about this state of affairs?  Our recommendations are as follows:

The insurance industry is catching on to cyber insurance fast. And why not? National governments are even threatening to make it compulsory, thereby accelerating its take up. Like their counterparts which offer residential customers reduced premiums if they can prove that they have invested in upgrading their household security systems, so these insurance companies will ‘reward’ those organisations whose IT Departments can prove that they have taken the equivalent security steps within their organisations.

And as the highest chance of a cyber-attack will likely come from an employee, then that’s where these new security policies should start too.

To learn more about this topic, download our free white paper below. 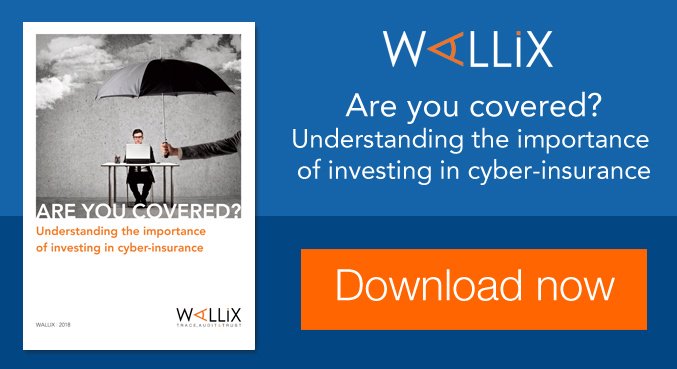