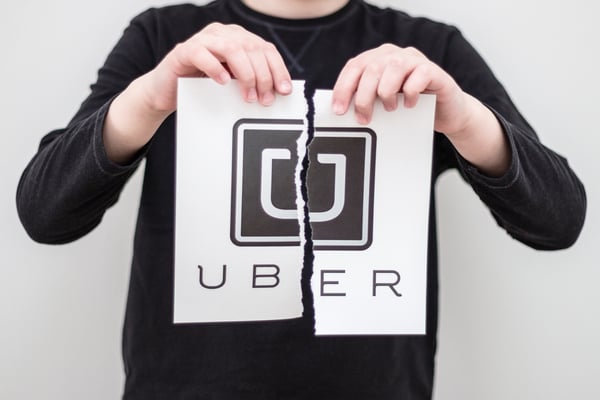 That hurts. The number of stolen accounts is high, and most people didn’t really get what happened except that some data has been stolen from Uber one way or another. One could ask why records are on Amazon, or what is GitHub anyway? Let’s understand exactly what happened.

What led to the Uber hack?

Uber software engineer accounts on GitHub got hacked. This is the mysterious part. Did the password got stolen? Was this caused by a phishing attack?

There is not much information on this, so far.

Amazon Web Services (AWS) is the Amazon cloud platform. Its service allows companies to offer online services and store important volumes of data. Most of the time, companies install their own software on Amazon platforms to scale their services.

This is where GitHub comes in. GitHub is an online platform dedicated to software development. It is quite popular among dev op communities because it offers source code management capabilities and distributed version control.

To keep it simple, GitHub allows for several users to work on the same code at the same time without discrepancy.

Once a part of the code is functional, it is pushed into a running platform (AWS) for testing or activation purposes. 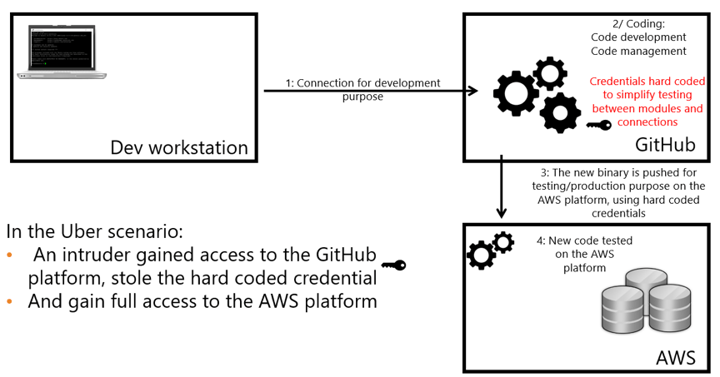 Code development can require testing hundreds of times in a day, and can be dependent of already running modules, also on AWS. Accordingly, those tests rely on connections/authentications between the code in GitHub and the company environment in AWS. To simplify the testing phase and speed up the authentication process, software engineers often hard code credentials, allowing full access to AWS…

How PAM could have helped prevent the Uber hack

One would say that those are lazy engineers, who don’t respect minimum security procedures, but ask yourself:

Do you lock your front door every time you have to take your garbage out?

Again, exactly how GitHub accounts got hacked remains unclear. However, one thing is certain; there are some powerful and flexible security solutions available to provide a secure work environment and control access between two platforms without having to store credentials. Privileged access management (PAM) is one of them. PAM controls user access and activities on target systems in real-time to reduce the vulnerabilities produced by human error or negligence, and protect companies’ most valuable assets.

Specific aspects of a PAM solution would have proven valuable in the case of the Uber hack.

This is how the WALLIX PAM solution could have helped. 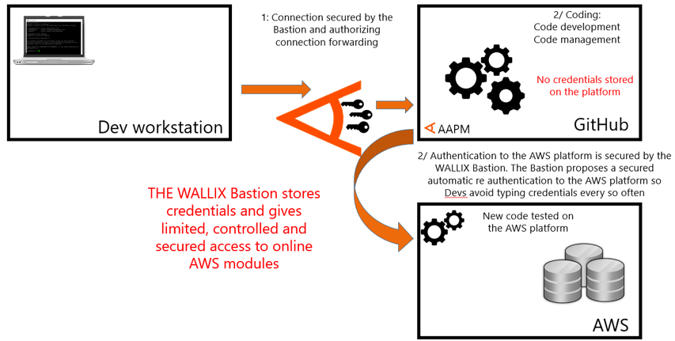 The WALLIX Bastion is designed to provide users with features specifically built to reduce insider threats linked to malicious intruders to respond to scenarios such as the one Uber fell victim of:

Do you want to know more? Give us a call or contact us here!